When Frederick the Great was still crown prince he spent the happiest days of his life at Rheinsberg. It was his testing ground, a place where he could think up new design ideas that he would later execute with great mastery at Sanssouci.

His younger brother, Prince Henry of Prussia, subsequently transformed Rheinsberg into a leading center of artistic endeavor and a court of muses. Henry’s choice of the early Neoclassical style had a lasting effect on the design of the palace and garden. Theodor Fontane memorialized this location in his Wanderungen durch die Mark Brandenburg, and a few decades later Kurt Tucholsky also chose Rheinsberg as a charming backdrop for a carefree love story. It is a rare visitor who can resist this palace’s charm.

No other place can compete with Rheinsberg’s delightfully scenic location on the banks of Grienickersee. Here, nature, art and architecture blend together into a harmonious ensemble. Numerous works of art adorn the palace’s interiors, taking visitors on a journey back to the 18th century. A comprehensive restoration concept in recent years has reinstated the elegance of the original Frederician interior decoration (c. 1740) as well as the Neoclassical settings (c. 1786) created during Prince Henry’s reign. Together with the paintings and decorative arts objects also on display, they give an idea of the former inhabitants’ domestic surroundings, lifestyles, and collecting habits.

Prince Henry’s erstwhile court of muses lives on with Rheinsberg House through the Musikkultur Rheinsberg, and the Kurt Tucholsky Literaturmuseum.

Valid for Rheinsberg Palace and the Kurt Tucholsky Literaturmuseum. Valid for one day.

Valid for a visit to Rheinsberg Palace and the Kurt Tucholsky Literaturmuseum.
Valid for one day for up to 2 adults and up to 4 children (aged 18 or younger).

Tickets are available exclusively at the counter in the building. 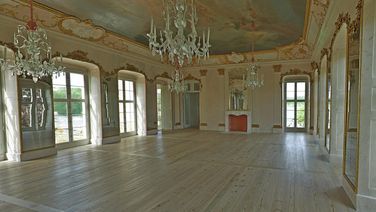 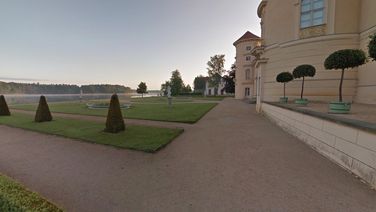