Of particular interest is the mausoleum in the northwestern palace garden that King Frederick William III had built in the shape of an ancient temple for his wife Luise, who died young. It contains Christian Daniel Rauch’s tomb monument for the queen – a masterwork of 19th century German sculpture.

In 1810, immediately after the death of his beloved Luise, who was highly esteemed by the people, the king commissioned this structure to be built according to his own concepts and sketches. Its planning lay in the hands of the architect Heinrich Gentz; Karl Friedrich Schinkel participated in an advisory role.

When Frederick William III died in 1840, his successor, Frederick William IV, had the mausoleum structurally changed for the first time, under the direction of Ludwig Ferdinand Hesse. The attachment of a transept with an apse invoked a Christian reinterpretation. The building was enlarged again following the deaths of Emperor William I in 1888, and his wife Augusta in 1890, whose marble sarcophagus by Erdmann Encke has also been part of the mausoleum since 1894.

Valid for a single visit to all the SPSG museum institutions in the Charlottenburg Palace Gardens on one day. (Not valid for special exhibitions; some exceptions apply.)
On sale at all participating palace registers, at the visitor centers and online. When purchasing online tickets a fixed admission time for Charlottenburg Palace will be booked as well.

Valid for a single visit to all the SPSG museum institutions in the Charlottenburg Palace Gardens ** on one day. Not valid for special exhibitions; some exceptions apply.
Valid for up to 2 adults and up to 4 children belonging to the same family aged 18 or younger.
On sale at participating palace registers and at the visitor centers.

Tickets are available at the ticket machine at the Mausoleum.
ATTENTION: The machine only accepts coins, no notes; no exchange function.

A limited number of lockers are available for smaller pieces of baggage (up to 35 x 35 x 50 cm) in Glienicke Palace.

The Belvedere in Charlottenburg’s Palace Gardens 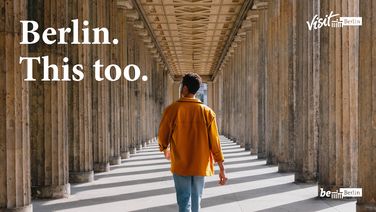