Due to safety-related alterations and redesigns of some museum rooms, the upper floor of the Old Palace will be closed until further notice.
The exhibitions The Silver Vault and The Prussian Royal House are unfortunately not accessible.
We ask for your understanding.

Charlottenburg Palace is – with the Old Palace and the New Wing – the largest and most significant palace complex in Berlin stemming from the former Brandenburg electors, Prussian kings and German emperors. It was among the favorite retreats of seven generations of Hohenzollern rulers, who repeatedly redesigned individual rooms with luxurious interior décor while also having sections of the gardens transformed into royal grandeur.

Today, the shifting tastes of the palace’s many residents and the changing requirements for ceremonial and private use can be traced from the Baroque period to the early 20th century. Following severe damage in World War II, the palace was largely rebuilt and refurnished. The former summer residence is now one of the most important attractions in the German capital.

The palace offers interiors and halls whose arrangements are faithful to the originals, impressive suites and exceptional art collections of outstanding masterpieces. The Porcelain Cabinet, the Palace Chapel ans the bedchamber of Frederick I are among the highlights of the magnificent Baroque parade apartments in the Old Palace that had been built in 1700 with its crowning towers. This construction of the central structure of the large palace complex was commissioned by the clever and art-loving Queen Sophia Charlotte and her husband Frederick I.

Valid for a single visit to all the SPSG museum institutions in the Charlottenburg Palace Gardens incl. special exhibition on one day.

On sale at all palace registers, at the visitor centers and online. When purchasing tickets a fixed admission time for Charlottenburg Palace will be booked as well.

Valid for up to 2 adults and up to 4 children belonging to the same family aged 18 or younger. Valid for a single visit to all the SPSG museum institutions in the Charlottenburg Palace Gardens incl. special exhibition on one day. On sale at all palace registers and at the visitor centers. When purchasing tickets a fixed admission time for Charlottenburg Palace will be booked as well.

The app "Charlottenburg SPSG" offers multimedia tours through the Old Palace and the New Wing. Available free of charge in the App Store or Google Play.

Available in the following languages: 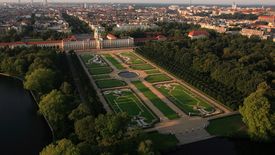 The Elegant Choreography of a Royal Residence 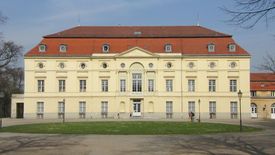 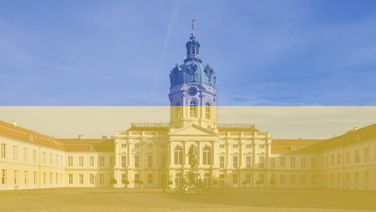 Free palace visit for refugees from Ukraine and other countries