Babelsberg Palace was built in 1833 as a summer residence for Crown Prince William – later Emperor William I. Karl Friedrich Schinkel drafted plans for a palace in a neo-Gothic style while drawing inspiration from English Tudor architecture. 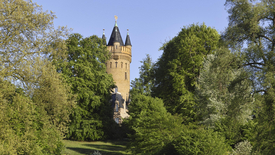 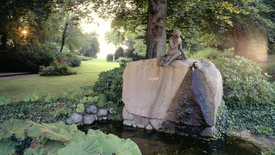