Mikhail Gorbachev made a memorable and quite momentous visit to East Berlin on October 6‒7, 1989. Gorbachev, the head of state and leader of the Communist Party of the Soviet Union, and his wife Raisa Gorbacheva spent these two days at (Nieder-) Schönhausen House in Berlin-Pankow. The government leadership of the German Democratic Republic (GDR) used the palace as accommodations for guests of state. Originally the site had been used as the summer residence of the Prussian queen, Elisabeth Christine, the wife of Frederick the Great. The Gorbachevs were the palace’s last state visitors.

Gorbachev’s political course towards glasnost (openness) and perestroika (restructuring) woke hopes in the East German people for similar reforms in the GDR.

On the morning of October 7th, members of the Politburo of the Socialist Unity Party of Germany (SED) met with Gorbachev in the conference building on the palace grounds. It was the 40th anniversary of the GDR, although the mood was anything but rosy. Instead, the situation was tense. East German citizens had been demonstrating for more freedom, but were bludgeoned and arrested by security forces; they were also increasingly submitting applications for exit visas because so many people wanted to leave the country.

The Politburo did not recognize the seriousness of the situation. Gorbachev, however, was certainly paying attention. “If we lag behind, life will punish us straight away,” the Soviet party leader told the East German bureaucrats of the SED Politburo.

The outcome of this encounter is well known. Erich Honecker, General Secretary of the Central Committee of the SED and Chairman of the State Council of the GDR, who would not listen to Gorbachev, was replaced by Egon Krenz on October 18th by the other members of the Politburo. The Berlin Wall fell on November 9, 1989. 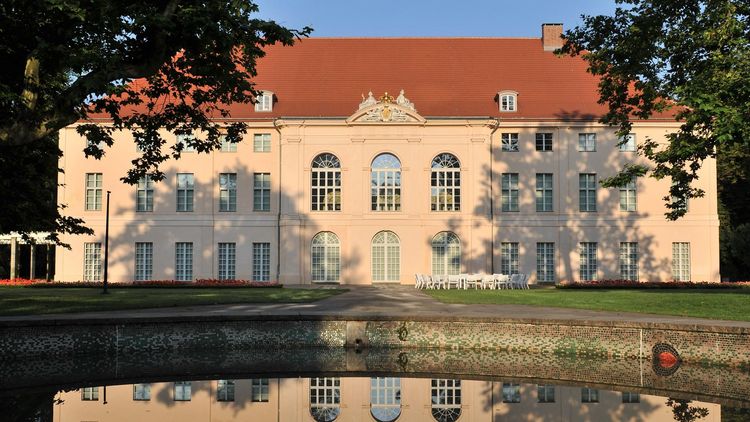