A Glamorous Pleasure Palace by the Havel River

Caputh Palace is the oldest pleasure palace in Potsdam and its environs to have survived from the time of Great Elector Frederick William of Brandenburg.

Looking back on more than 350 years of history, the royal apartments and ballroom of this small, sumptuously decorated country manor by the Havel River are decorated with stuccowork and ceiling frescoes from the 17th century. Unlike most other palaces, this art historical treasure managed to survive through the ages almost unchanged. The museum and its exhibits testify to the high quality of interior design enjoyed by royalty in the period around 1700.

Electress Dorothea, the Great Elector’s second wife, had the palace expanded and beautified from 1671 onward. Splendid celebrations were also held under Frederick III, who became King Frederick I in Prussia in 1701. It was here, in 1709, that he received Frederick Augustus I of Saxony, also known as Augustus the Strong, and Frederick IV of Denmark for the Meeting of Three Kings.

Frederick William I had the summer palace’s dining hall decorated with approximately 7,500 Dutch faience tiles. During the 18th century, the building was leased out and, at a later date, sold by the crown. From 1947 it served as a vocational school.

In 1999 the palace was restored to its full Baroque glory and opened to the public for the first time as a palace museum. Visitors have access to the Tile Room, two gentleman’s rooms, the banquet hall, the elector and electress’ private apartments, and the Porcelain Cabinet. An exhibition on the basement level with photographs and film material documents the course of the restoration work.

Apart from being used as a museum, a range of special tours, lectures, concerts and exhibitions are held at the palace throughout the year.

Scenically located on the banks of the Havel River, a landscape garden with magnificent old trees adjoins the palace. It was modeled on plans by Peter Joseph Lenné.

Summer Season | May to October 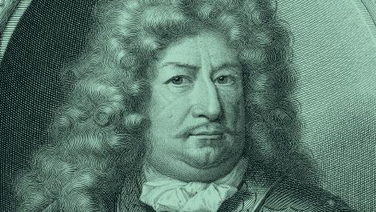