Kowtowing before the Kaiser

The Grotto Hall was the Site of a Staged Humiliation

On September 4, 1901, the Grotto Hall at the New Palace provided the setting for a special purpose. Prince Chun, a brother of the Chinese emperor, was compelled to bow low and subserviently before the German emperor, William II. Dressed in the uniform of his elite personal bodyguard regiment, the Garde du Corps, and wearing its military helmet crowned by an eagle, William II sat upon his throne with a glowering expression on his face. The prince read a statement “in a low, but distinct voice” and presented to the German kaiser a handwritten letter from the emperor of China, bound in yellow silk. Unmoved, William’s “loud” response followed “with a heavy emphasis on his prominent points.” Afterward, Prince Chun had to leave the hall walking backward while humbly bowing four times. William II consciously staged this humiliation, intended as a demonstration of his imperial might.

What had happened to cause this event? During the Boxer Rebellion in China, assaults were made on foreigners at the beginning of the year 1900. These attacks were a reaction to suppressions enforced by the European powers as well as the USA and Japan. The German diplomat Baron Clemens von Ketteler was one of the victims of the Boxer Rebellion. After the European colonial powers suppressed and defeated the uprising, a demand issued that a Chinese delegation must travel to Germany to apologize for Ketteler’s death. Prince Chun accepted this mission. After he arrived in Potsdam, he left his accommodations at the Orangery Palace near Sanssouci on the afternoon of September 4th and set off for the New Palace.

When the encounter was over, Prince Chun was treated like a guest of state. He received invitations and attended receptions. However, William II would not accept the gifts from this guest that included porcelain objects, arts and crafts, and luxurious silks. They were sent to the collections of the Royal Museums in Berlin. 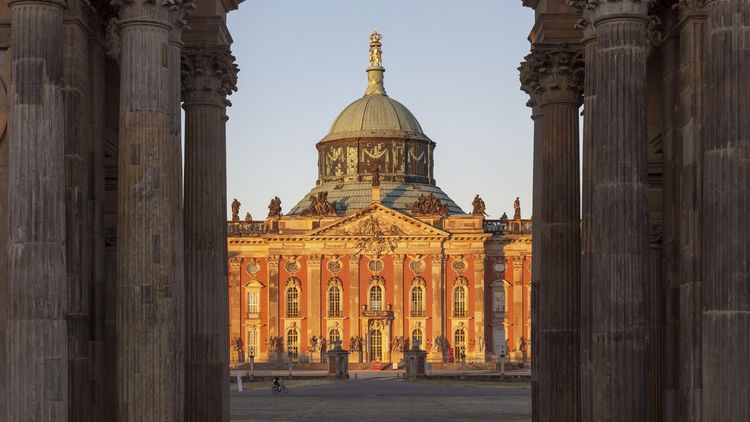